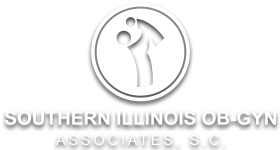 Minimally invasive surgery (MIS) is a safe and effective alternative to traditional open surgery. During MIS tiny incisions are made by the surgeon and the procedure is accomplished laparascopically or robotically, in place of what would otherwise be a large abdominal incision.

There are many benefits of minimally invasive surgery including less pain, less complications, shorter hospital stays and quicker recovery times. MIS can be used to treat many conditions such as fibroids, ovarian cycsts, abnormal bleeding, endometriosis, pelvic pain and pelvic organ prolapse.

The Da Vinci surgical system is a revolutionary tool that doctors use to assist them while performing minimally invasive surgery. A robotic surgery requires very small incisions, only 8mm, and gives doctors greater control and precision while operating. The visual system allows doctors to use 3-D imaging rather than 2-D conventional imaging in conventional laparoscopy. A patient’s recovery time is shorter and pain levels are significantly less than that of a patient who underwent a standard open surgery.

In the area of benign gynecology, da Vinci surgeries are most often to remove uterine fibroids, resect endometrioses, remove ovarian cysts or for hysterectomies.

Roughly one out of five women suffers from Abnormal Uterine Bleeding (AUB), or “Menorrhagia”, which is also defined as heavy and long-lasting menstrual bleeding. Many women are under the impression that very heavy menstrual bleeding is “normal”, or just something they have to “deal with”, but this is not true. Novasure is a form of endometrial ablation that is a minimally invasive, outpatient procedure that reduces, or eliminates menstrual bleeding. Novasure is an alternative to a hysterectomy, as it does not require an incision. For more information on Novasure, please contact your PGOMG provider. Endometrial ablation is not for women considering pregnancy.

Forty percent of women in the US suffer from incontinence. Gynecare TVT is a safe, minimally invasive procedure with proven results that offers a quick recovery time. This treatment has been used to treat over one million women worldwide, with 98% reporting significantly less leakage or even no leakage seven years after treatment. Stress urinary incontinence can often be diagnosed based on the symptoms you describe to your doctor and with a pelvic exam.